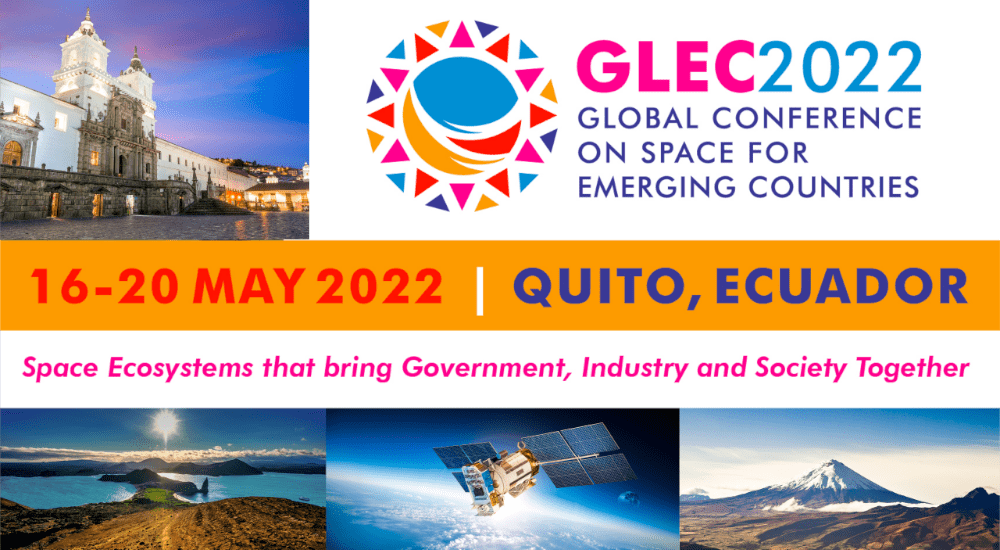 The Global Conference on Space for Emerging Countries 2022 (GLEC) has begun. The event, organised by the International Astronautical Federation (IAF) and the SIDERALIS Foundation, a charity focused on scientific development in Ecuador, will be held in Quito (Ecuador) from Monday 16 to May 20. GLEC, which aims to foster international collaboration between ’emerging countries’ in the space sector, has several sponsors, including Alén Space and other leading space industry players.

During these four days, several professionals’ lectures, round tables, workshops from the sector and sessions dedicated to young graduates and students will address the most recent achievements in space activity and their socio-economic impact on the societies of these nations and regions.

Alén Space is currently working on multiple missions from ’emerging countries’ as a provider of solutions in the small satellite market, therefore, the company knows perfectly well that there are business opportunities and cooperation possibilities with many of the attendees of this congress.

In addition, Alén Space together with the other sponsors and the main organisers believe that the development of a national space industry is the perfect catalyst to generate innovation and growth in all layers of a country’s society.

The Spanish company’s support for the strengthening of a local value chain was reflected in the sponsorship of ‘The Space Industry and Entrepreneurship Workshop‘, a session to reflect on the role of financing in the creation of new space companies, as well as the future of Latin America and other markets in the growth of the sector. The workshop was also sponsored by the in-orbit operations company D-Orbit.

The event was held this morning, but, due to other commitments, Alén Space’s team could not be on attendance, but it was represented by the master of ceremonies Matías Campo, CEO and founder of Astralintu Space Technologies, a client and collaborating company, which was supplied with a complete GS-Kit solution, including a ground station and its necessary elements.

At the ceremonial opening, Matías gave a speech on behalf of Alén Space and afterwards, a corporate video was shown to all attendees to present the design, manufacture and operation of small satellites services.

The remaining GLEC 2022 sessions are expected to set the basis for future meetings to discuss the roadmap for ’emerging countries’ in the space industry.