The ICT Galicia Awards have recognised Alén Space with the Best Startup of the year award. The ceremony has taken place this afternoon in A Coruña, during a gala that has had the presence of a great number of start-ups, companies, accelerators, investors and institutions related to the technological field.

These awards distinguish those initiatives, people and companies that have contributed the most to the entrepreneurial and ICT panorama in Galicia during the last year. Besides the Alén Space project, companies such as Queres Tecnologías, Roi Scroll, Developers Forensic Tools, Redegal, AMTEGA and R have been awarded in other categories.

As a provider of solutions based on nanosatellites, Alén Space has won the Best Startup award during a high-level final, in which Muutech, a company specialising in business and monitoring solutions, and Aerocámaras, a drone operator in Spain, have also been present.

The winner election has been made by a double system of popular voting and an election by a jury of experts. Antón Vázquez, Alén Space’s co-founder, was the person in charge of accepting the award at the Palexco facilities in A Coruña. 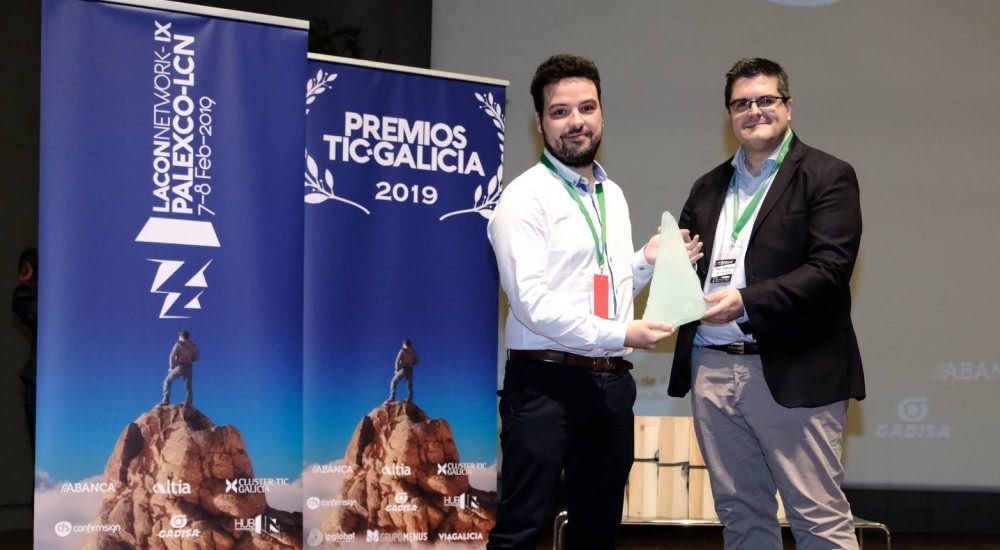