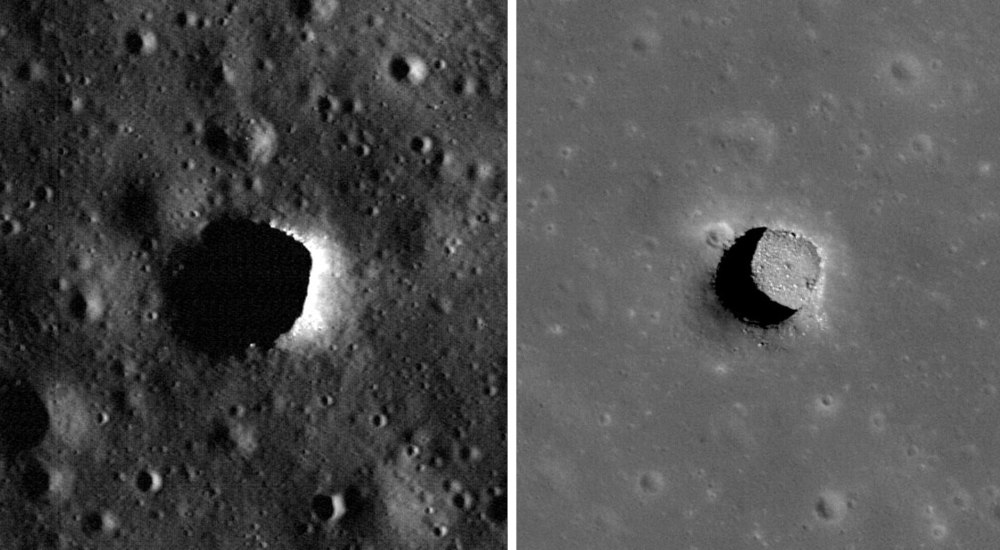 The European Space Agency (ESA) has focused its attention on the Moon. With the aim of carrying out a lunar cave exploration mission, ESA launched a call for project submission in mid-2019. Currently, there are two studies selected: RoboCrane (developed by the University of Oviedo, the University of Vigo and Alén Space) and Daedalus (promoted by the University of Wüzburg). These two projects will start the ESA’s Concurrent Design Facility (CDF) feasibility study.

RoboCrane has focused on studying the deployment of a group of small robots in lunar caves. This project’s main challenge is to overcome the lack of sunlight (and therefore, solar power) inside the cave, as well as the data transmission from the robots to a rover on the surface of the Moon.

Diego Nodar, COO and co-founder of Alén Space, explains that members of his team participate in the project «as experts in the communications field, aiming to solve how the robots exploring the caves will contact the rovers, and therefore, with the Earth.»

RoboCrane is a challenge for Alén Space. «We love to participate in a lunar exploration project of such a great interest and technical difficulty. In addition, working with experts from all areas of a space mission from the ESA is a great opportunity for our team. The project is in its early stages and has to pass several technical and financial milestones, but we hope it will go ahead and we can participate in it in the future,» Diego Nodar adds.

As Fermín Navarro, a professor at the University of Vigo, said, «the scientific objective of this project is to study the interior of one of the hollow tubes with tens of metres of diameter and about 50 metres of depth, which was presumably formed millions of years ago after the outermost layer of lava rivers cooled.»

Another of the mission’s goals is to determine if the conditions inside these crates will allow possible human settlements, since they will offer an environment with better radiation conditions than the surface of the planet and with much more average temperatures. The best candidate for the ESA’s project is a cave with an open entrance in the lunar region of Marius Hills.

Besides Alén Space, the University of Oviedo and the University of Vigo also participate in the RoboCrane project. The first oversees the conceptual design of the crane system that makes possible to lower the smaller rovers into the caves in addition to provide communication and electrical power support inside the crate, generated by the solar panels located on the rover that remains on the surface. As for the University of Vigo, it oversees engineering systems.

After the first six months of the project, RoboCrane engineers developed their own model, which must be adapted to the requirements of the Daedalus rover and to the software used by ESA to carry out these studies. This way, they will collaborate with experts from the project of the University of Wüzburg and from the ESA «to jointly study the mission in a conceptual level to implement a model that shows if it is viable or not,” Fermín Navarro, from the University of Vigo, explains.