Alén Space presents the results of the Lume-1 project in Washington, D.C. 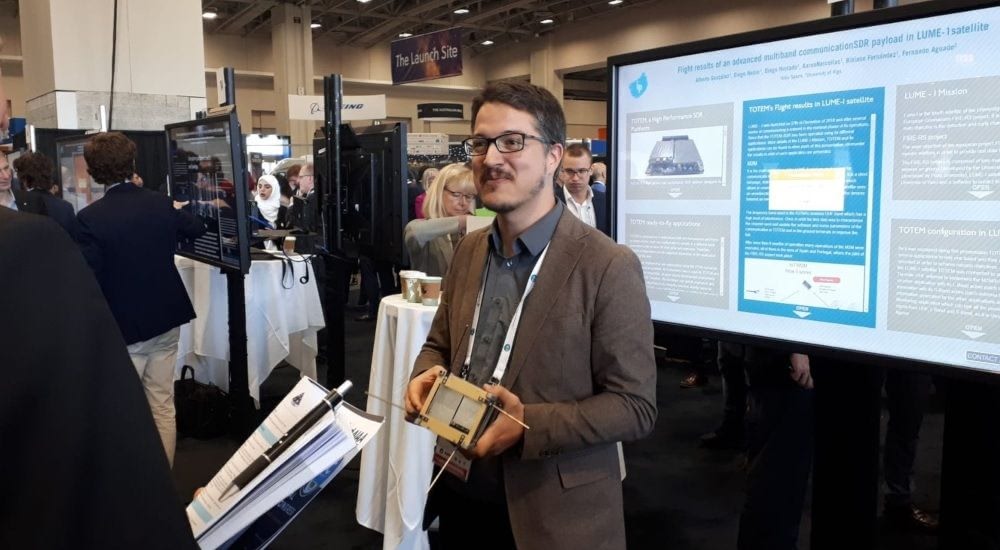 Alén Space was part of a delegation of seven companies which integrated the Spain Pavilion, organized by ICEX Spain Trade and Investment, with the collaboration of the Spanish Centre for the Development of Industrial Technology (CDTI) and the Spanish Association of Technological Defense, Aeronautics and Space Companies (TEDAE). In addition to Alén Space, the other six companies from the space sector that were in Washington, D.C. as part of the Spanish delegation were AVS (Added Value Solutions), Deimos, DHV Technology, GMV, Hisdesat, and Satlantis.

The excellent work of ICEX allowed the Spain Pavilion to have an important position in Washington, D.C. regarding the strategy of drawing attention to the work Spanish companies are doing in the space sector in an international environment. Alén Space had already participated in Poland in another of the initiatives launched by ICEX.

Notoriety to the Lume-1 project

The Alén Space delegation, formed by the company’s CTO, Alberto González, and its CMO, Fernando Lucena, got a great number of visits at their booth, where the scaled model of the Lume-1 nanosatellite grabbed the attention of the visitors.

IAC 2019 became an excellent opportunity to Alén Space in order to stablish a working relationship with other actors in same sector, as well as a way to show its services and products, meet with partners and suppliers, and get to know first-hand the trends in the space industry.

Alén Space not only showed the results of the Lume-1 CubeSat, the potentiality of its SDR platform TOTEM and its software solutions, but also the payloads that have been already tested and are ready to go: IoT/M2M, ADS-B, AIS, SIGINT, and DVB-S2.

IAC 2019 gathered the main international space agencies and the most important companies from the industry. Among the personalities that were gathered in Washington, D.C., it was highlighted the presence of Pedro Duque, the Spanish minister of Science, Innovation and Universities, who visited the Spain Pavilion, and the vice-president of the USA, Mike Pence.

Aside from the New Space and the small satellite sector, at the IAC 2019 it was taken into account the future of the space industry from a global perspective. The analysis of the sector from several points of view (technological, legal, psychological, medical…), the unmanned aircrafts and the future of missions to the Moon and Mars were some of the topics that stood up during the whole week.

The closure of IAC 2019 is the starting point to IAC 2020, which will be celebrated in October 2020 in Dubai (United Arab Emirates).