Alén Space, winner of the EmprendedorXXI awards in Galicia 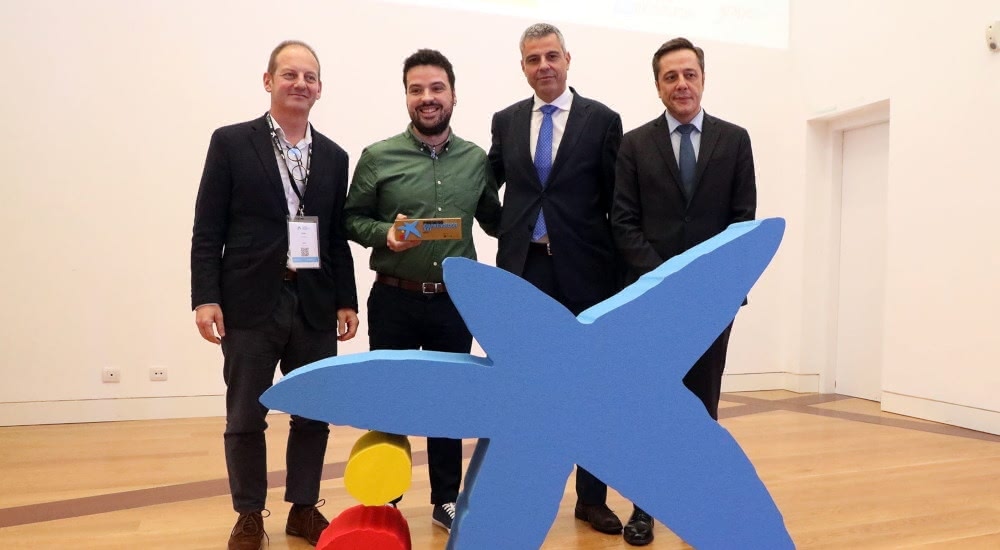 Alén Space has been chosen today as the winner of the EmprendedorXXI awards in Galicia, promoted by CaixaBank through its DayOne division. The public company Enisa, attached to the Ministry of Industry, Trade and Tourism of the Spanish Government, and the Galician Institute for Economic Promotion (Igape) have also collaborated in the awards.

41 companies were selected during this edition, of which only five reached the final that was held this morning in Santiago de Compostela, within the framework of the conference for innovation, technology and entrepreneurship ‘DayOne Innovation Summit’. In addition to Alén Space, represented by its cofounder Antón Vázquez, the other finalists were OpSeeker, Data Monitoring, Coinscrap and Netun Solutions.

This recognition includes an economic endowment of 5,000 euros as well as free access to an international accompaniment program in Silicon Valley, organised by ESADE in collaboration with Singularity University, or to participate in the Ignite Fast Track, an international business growth course from University of Cambridge.

The main characters of the technologic, investor and entrepreneurial ecosystem in Galicia met in Santiago de Compostela to recognise the consulting, design, manufacturing and operation services of the small satellites provided by Alén Space.