Alén Space has received in Madrid tonight one of the most important acknowledgements a technology company can obtain in Spain. Guillermo Lamelas, as CEO, and Antón Vázquez, as co-founder, have been the Alén Space representatives at the Cinco Días Business Innovation Awards 2019. Our colleagues have received the Most Innovative Corporate Action related to University Award, presented by Begoña Elices, Repsol’s Communications and Presidency General Manager.

During his speech, Guillermo Lamelas highlighted the significance of this acknowledgment to “an enthusiast and experienced young team, which have been leading from Spain the nanosatellites field over the past 12 years. We have many challenges in front of us, but also a great start-point.”

Alén Space CEO acknowledged all the support received since the birth of this project, especially from the Universidade de Vigo (UVigo) and the Ignicia Program from the Galician Innovation Agency (GAIN): “This award also recognises the work of the University of Vigo, as a source of talent, technology and excellence. This is essential to Alén Space. We also have to thank the Ignicia Program and the many people that has advised us to get to this moment.”

Antón Vázquez has also thanked the Cinco Días Awards and highlighted the “honour” to count on the presence of a world class scientist as Margarita Salas. In addition, Alén Space’s co-founder is convinced that they will be the source of much talk in the future: “As a founder, Alén Space is the best company in the world in my opinion and it is my job to make sure everybody knows it.”

Many Spanish personalities from social and corporate scenarios came to the event, which also included the participation of Miguel Jiménez, director of the economic newspaper Cinco Días; Sebastián Albella, president of the National Securities Market Comission (CNMV); and Margarita Salas, professor ad honorem linked to the Spanish National Research Council (CSIC) and twice awarded at the European Inventor Awards 2019. 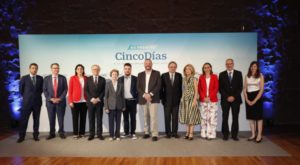 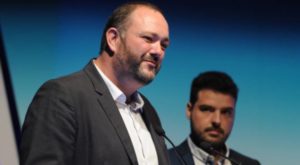